“I’m in high school, and I went through a really messy, miserable breakup last school year. For the rest of the year, I would get anxious every time I saw my ex and tried to avoid her at all costs. Now I haven’t seen her in two months because of summer and I’ve been doing a lot better, but I’m afraid of how I’ll react when I see her again/if she tries to talk to me or if we end up in a class together. Help?”

We’ve all gone through it. Trying to avoid seeing an ex-girlfriend is like the world’s worst video game that we’re all stuck playing for the rest of our lives. To take extra precautions, we’ll deny ourselves going to that party (5 points!) or cut off seeing certain friends (Bonus level!), just in hopes of avoiding one particular human being who seems to have the cheat codes to our anxiety.

Let’s start by saying this: throughout the summer, there’s no doubt that you’ve made progress. You started to feel like yourself again and finally like she’s not the only radio station playing in your head. Seeing her again doesn’t get to erase any of the work you’ve done. She doesn’t get to have that—that was work that you did! It’s yours! You own the rights to it!

I get that you think seeing her again might throw a wrench in your betterment. The best (but also worst) thing about being a fleshy mortal in this situation is that you simply can’t control the outcome of every awkward interaction or every student’s class schedule. Well, wait. Actually, if you learned how to hack into your school’s database, you could probably engineer the perfect schedule to where you two wouldn’t be likely to cross paths. Obviously you’d have to come up with an algorithm that also prevents hallway run-ins–maybe setting up roadblocks that block the flow of students. But even so—learning hacking as a trade feels like an enormous amount of effort just for this.

So focus on what you can control, like how much time you spend dwelling on the what if’s or how much space you let those negative feelings take up in your mind in places where good stuff could go instead. Remember good stuff? Good stuff is nice.

Once you relinquish the idea of control, the next thing you can do is build up your foundation. By that I mean: think of your self-esteem like a house. How banal, I know! But you don’t have to take an architecture class to understand how spot on my metaphor is. It’s easy to feel better momentarily when you paint the walls a bright new color or hang up a cool new Buffy poster. Who wouldn’t? Aesthetic improvements feel nice but they’re momentary. Why? Because if your foundation is cracked, the way the house looks doesn’t really matter because you have to rebuild that goddamn thing. The good news is that whether or not your house feels like an abandoned roadside shack or an immaculate mansion a la MTV Cribs (too old a reference?), remember that you can always build up your foundation.

So how can you build up this foundation, you ask? Well, emotional health should be tended to at all times, not just when you’re in dire need of it. If you continuously appreciate yourself and the people around you, you’ll build a strong ass foundation that won’t crack easily.

Think about what makes you feel warm and good. Maybe that’s simply being outside. Listen, you don’t have to go base jumping or extreme whitewater rafting, but sometimes it means just taking a book in your backyard or sitting on a swing.

Too much like an indie movie? Fine. Then go do something nice for your friends like writing them a handwritten card or making them a mixtape (Am I out of touch?). Strengthening your friendships and telling people how much you care about them is by far the coolest thing on the planet. Trust me. They won’t forget it.

Walk through the halls confidently with your headphones in while you listen to music. I like to daydream and picture myself as the lead singer, but that’s just me. Maybe you can even jam out to this playlist I crafted for you: 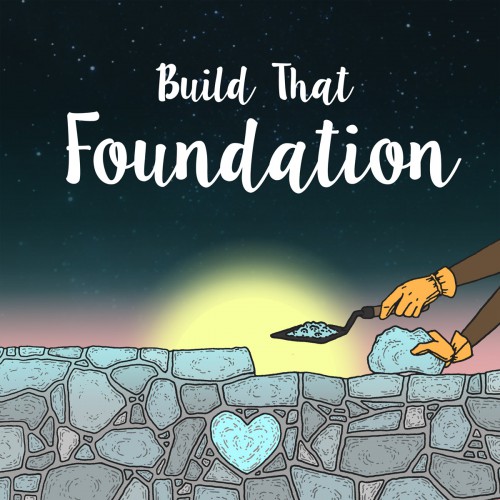 But most importantly: Give yourself a break. It’s okay to not fully be over the messy feelings that ensued, that just means you’re human. If we could think our way out of heartache, we’d all be robots.

Eventually, you’ll be so distracted simply basking in your own incredible atmosphere, that you’ll forget that you ever cared what you’d think if you ran into her. I know it sounds kind of silly: Distract yourself with yourself. t’s the best advice I can give and has gotten me through many versions and variations of “fear of running into my ex at school.”

Hello! We are starting a new advice series here at Everyone Is Gay called “An Honest Mixtape”! Each month (starting right now!) we will feature a new guest writer who will tackle one of your advice questions with words *and* music!

Huge thanks to writer, comedian, and actor Brittany Ashley for kicking things off for us!