"I’ve heard about intersex people, and the internet says that they’re the same things as hermaphrodites. Is that true? And is "hermaphrodite" an offensive term?"

-Question submitted by Anonymous and answered by Claudia Astorino as a part of Everyone Is Gay: Second Opinions

Hey, there Anonymous!  I am sure you won’t be shocked to learn that sometimes, THE INTERNET IS WRONG.  (*gasp, faint*)

This is one of those cases.

But I’m glad you asked these questions, COSIMA, your name.  (I’ve been watching a lot of Orphan Black lately – queer lady scientists ftw!  #notbiased  #okfineimbiased)  There’s a lot of misconceptions about what it means to be intersex, and how intersex people differ from (non-human) hermaphrodites.

Hermaphrodites are living things that have fully functioning sets of “male” AND “female” reproductive anatomy – either at the same time, or at different times during their life cycles.  They include various species of plants, fish, mollusks, and other little beasties, but not humans.  It’s biologically impossible for humans to have full, functional sets of “M” and “F” reproductive anatomy, so we aren’t hermaphrodites.

Intersex people, on the other hand, are those that have a mix of traits traditionally considered “male” or “female” – and sometimes, traits that are atypical for males or females – in the same body.  For example, I have breasts and a vagina (“F” traits) and also have XY chromosomes and was born with testes (“M” traits).  Some intersex people may also have traits such as ovoteses (gonads with both testicular and ovarian tissue), chromosome types like XXY, or a phalloclitoris that is sometimes described as a large clitoris or a small penis.

[FACT:  the penis and the clitoris derive from the same developmental tissue – hence, the term phalloclitoris. The term “ambiguous genitalia” is often used here, but like – that makes no sense.  People’s genitals don’t like, morph shape like those lava lamp bubbles, right?  Everyone’s genital form is just as real as everyone else’s – no one’s is “ambiguous.”  …You know, unless you only think typical M and F genitals are the only ones that aren’t ambiguous.  #notcool  #alsoincorrect]

There’s a ton of variation in what our bodies look like and how they function.  Think about the people you know and how different everyone’s body and build is, even though we all have bodies.  It’s the same thing for intersex people – there is a variety of ways our bodies can look in terms of what traits we do & don’t have, what our bodies do & don’t do.  Intersex is really an umbrella term for the many different, distinct ways bodies can be.  Even within a form of intersex, there can be a lot of variation!  Knowing someone is intersex doesn’t tell you any more about their body than anyone else’s.  No one would say, “Oh, well FELIX (my friend) is a dude, so you MUST know exactly what he looks like.”  Uh, nope!  There’s not just one way dudes look. 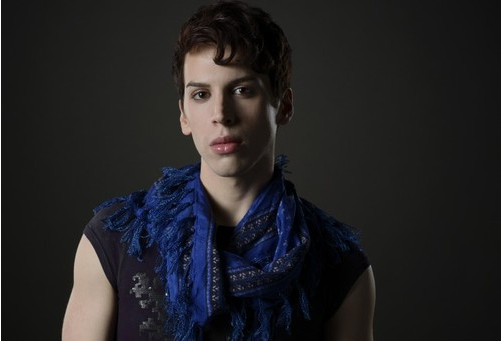 1) It’s not biologically accurate (see above)

2) The term derives from Greek mythology where the kid of Hermes and Aphrodite – Hermaphroditus – basically gets attacked and fused together with this water nymph?  And together, they form a “half-male, half-female” being.  (Take a moment to process this if you need – yes, this myth is totally bonkers.  #validationtuesday)  THE POINT IS:  calling intersex people “hermaphrodites” implies that we’re not real, that we’re mythical creates that don’t exist.  That’s both inaccurate and offensive.

3) Intersex people associate this term with the stigmatizing cosmetic procedures clincians performed (and sadly, routinely perform today) on intersex kids without their consent, with the idea that surgeries and other procedures will make us LOOK like “normal boys and girls,” so we’ll BE normal boys and girls.  I probably don’t need to tell you how totally messed up this is.  This is what intersex activists are working toward:  to end these unnecessary, harmful procedures and ensure our right to keep the healthy, beautiful bodies we’re born with.  Intersex isn’t a medical condition, and we DON’T need fixing.  <33

So, COSIMA – just to complicate things just a little bit more, let me say, though, that even though it’s widely considered offensive and not-okay to refer to intersex people as “hermaphrodites,” some intersex folks have reclaimed the term as a positive way to engage with other intersex people.  For example, I get “herm hugs” from some of my intersex friends, and one intersex activist I know, who’s a lesbian, has referred to herself as a “hermaphrodyke.”  Is that not the BEST WORD EVER?!  #bestwordever

I hope this clarifies things a bit!  If you want more information, check out my article on Autostraddle.com and the Brief Guide for Intersex Allies I co-wrote with my colleagues at Organization Intersex International, USA chapter (OII-USA).

And say hi your friend HELENA for me! 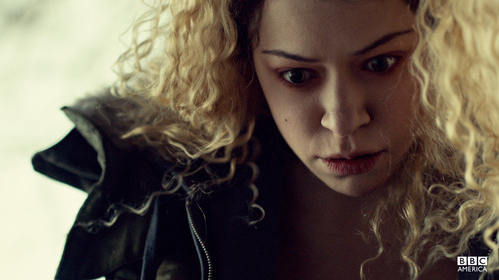 Click through to read more about Claudia and our other Second Opinions panelists!

6 thoughts on “Are Intersex People the Same as Hermaphrodites?”